Medicaid Expansion Has Momentum Ahead Of Tuesday’s Midterm Elections! 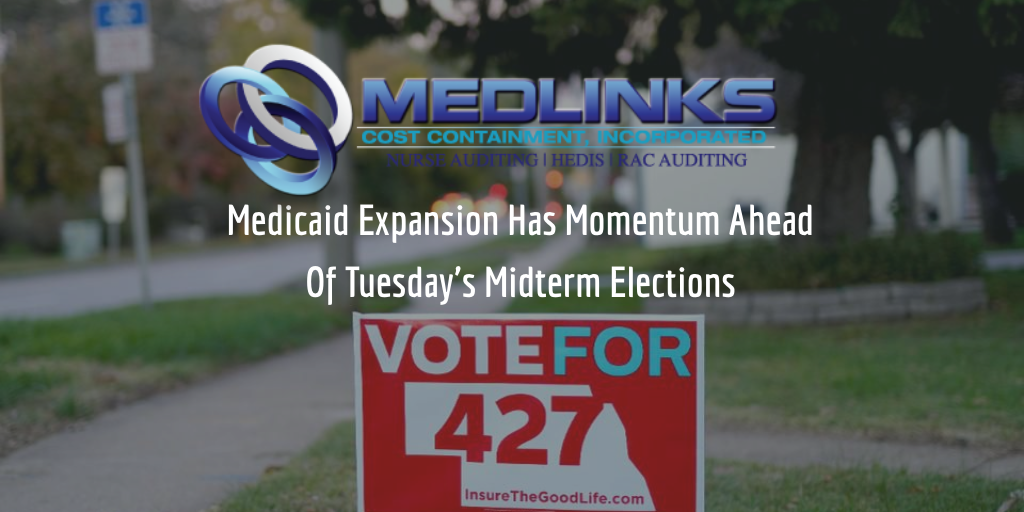 Voters in Idaho, Nebraska and Utah could follow the lead of voters in Maine who last November voted to expand Medicaid for poor Americans under the Affordable Care Act via ballot initiative. These states are seeking ballot initiatives because their Republican-leaning legislatures or governors have been roadblocks to the idea.

“The partisan dam holding back full Medicaid expansion is breaking,” The Fairness Project executive director Jonathan Schleifer says. “Outside of Washington, Republicans, Democrats, and Independents are rallying around a way to expand access to health care that’s both compassionate and fiscally responsible.”

In Idaho, Republican Gov. Butch Otter gave a surprising endorsement to his state’s ballot initiative last week when he appeared in a new ad that began airing in support of Medicaid expansion. He called it, known as Proposition 2, an “Idaho grown solution,” adding later in the ad that it was the “right thing” for the state.

Republican support is also showing up in polling in Utah, Idaho and Nebraska where public and internal campaign surveys are showing nearly 60% of voters in favor of the ballot initiatives to expand Medicaid. A recent poll in Utah, for example showed 59% report, which was an improvement from 54% in June, supporters said.

“Healthcare truly doesn’t have to be a partisan issue,” Utah Decides campaign manager RyLee Curtis said on a conference call with reporters last week. “That rings true in Utah.

The expansion of Medicaid benefits under the ACA has come a long way since the U.S. Supreme Court in 2012 gave states a choice in the matter. There were initially only about 20 states that sided with then President Barack Obama’s effort to expand the health insurance program for poor Americans.

The 17 hold out states that remain have already missed out on generous federal funding of the Medicaid expansion. From 2014 through 2016, the ACA’s Medicaid expansion population was funded 100% with federal dollars. Since last year, the federal government still picks up 90% or more of Medicaid expansion through 2020. It’s a better deal than before the ACA, when Medicaid programs were funded via a much less generous split between state and federal tax dollars.

In Nebraska, not expanding Medicaid has meant a loss of hundreds of millions of federal dollars.

The passage of Nebraska’s Medicaid ballot measure known as “Initiative 427” will bring “nearly $600 million a year back to Nebraska from Washington, D.C.,” Insure The Good Life, a group supporting the ballot measure said, citing a new national study. “This influx of federal funding would create and sustain nearly 11,000 jobs and generate $1.3 billion in economic activity across the state.”

In part because of the economic benefit to Nebraska, influential newspapers have endorsed the ballot initiative.

A report from the Urban Institute says the following would happen in 2019 if states where there are currently ballot initiatives passed them: